Traffic Backup In Sepulveda Pass? Enjoy The Greco-Roman Sepulveda Tunnel While You're There 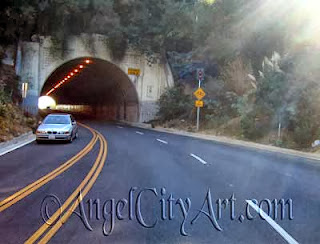 The Sepulveda Tunnel runs underneath Mulholland Drive and connects the San Fernando Valley with the west side of Los Angeles.  Two lanes run north, one runs south.  It was opened in 1930. The tunnel facade contains elements of Greek and Roman architecture. Inside, the tunnel is lined with tiles and has a tiny sidewalk. 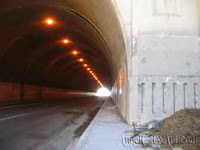 Coming up from the Valley, Sepulveda is a steep winding road with lots of hairpin turns.  Sleek sports cars slip past you before you even hear them.  Fat, lumbering SUVs cut you off, making you wonder about those rollover statistics.  They are 'fixing' Sepulveda, so beware of extra excitement on the way up.
Approaching from the West Side, Sepulveda is fairly straight and steep.  It runs parallel with the 405 freeway until ducking into the hills.  At night and on weekends Sepulveda has fairly light traffic.  That means most people are going 60+ miles per hour on this road.
I have seen bicyclists going through this tunnel on the weekends.  It always reminds me of the beginning of that Warren Beatty movie where he gets creamed in a tunnel.  It is not a structure you notice - unless it is rush hour.  Then you will have plenty of time to ponder the facade.  We do not recommend wandering around this area on foot - or bicycle.
The tunnel is slated to be widened from 3 lanes to 4.  This may or may not include changing the facade.  There is another Sepulveda Tunnel which runs underneath LAX.  This tunnel is not marked, so we're just assuming it shares the same name.  If you know, or can tell me who designed this, please let me know! 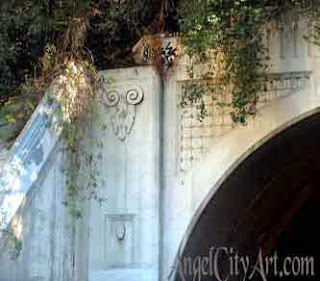 We have lots of stars, starmakers and starry-eyed dreamers in here Los Angeles, and lots of cool signs based on them. Today's cool sig...

Previously Starring As:
The Tongva Nation; before 500 BC
Nova Albion; 1579 (England)
City Of Saint Mary Of The Angels; 1781 (Spain)
The California Republic; 1846
(Bear Flaggers)

Laura Z
Ramblings of an everyday artist, freelance writer and gardener in the City of the Angels, Los Angeles, USA.
Thanks for dropping by! 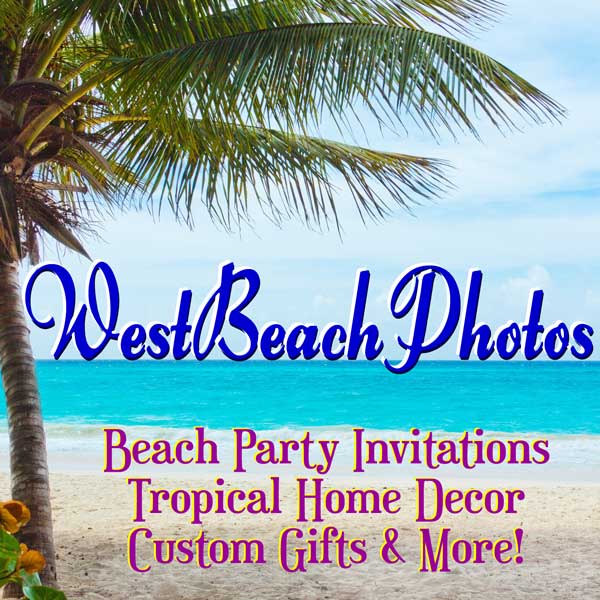 Bring the Beach Indoors at WestBeachPhotos.com

A great photo from a 1930's era tourist brochure. The light is from the Charles Lindbergh Beacon

This photo makes it look like a giant purple movie monster. It's stepping over the fence to go meet up with Godzilla for a quick drink in Hollywood at Musso & Frank 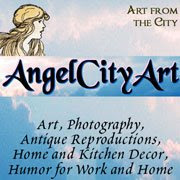 Other stuff I've been working on

I also love cooking and retro and kitchen art, so I've mixed them together and serve them up my other site, MomsRetro...

I got into this whole website goodness to share my love of gardening.  Drop by and smell the flowers at theGardenPages...

Thanks for dropping by!

@LauraZinkan All Rights Reserved. Unauthorized Use Prohibited. Please do not hotlink, copy, pin, repin, post, download or otherwise scrap images or content on this site. Reproduction without permission is uncool and attracts bad karma.